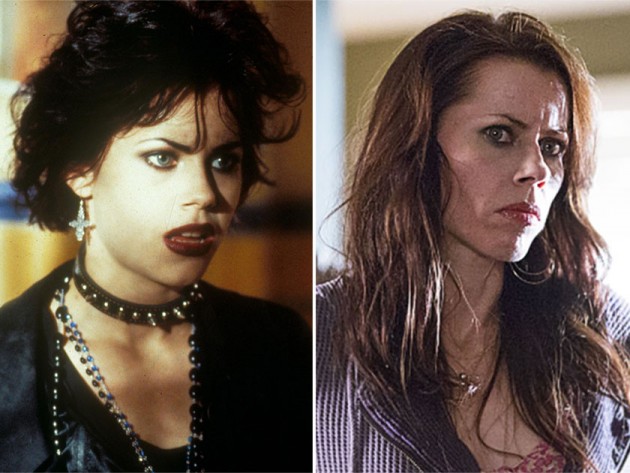 True, she was a bit nuts, but damn could that girl rock a spiked dog collar. No surprise then that Nancy eventually got her comeuppance for using black magic against her pals. Can’t be going around invoking deities willy nilly Nancy – it was never going to end well now was it?

Like her co-stars, Fairuza was also something of a 90s icon, beginning with her first being cast as child witch (she has a thing for witches evidently) Mildred Hubble in the 1986 adaptation of The Worst Witch.

A powerful performance as Edward Norton’s neo-Nazi girlfriend in American History X filmed just two years after The Craft was cited as Fairuza’s best to date, although many will also remember her as sassy groupie/band-aid Sapphire from beloved coming of age movie Almost Famous.

Since then Fairuza has also gone down the TV route, and can be seen starring alongside Liev Schreiber in Showtime’s Ray Donovan. Wonder if she’s still under that binding spell? Come on, we all tried wrapping a ribbon around a candle at some point…