David McIntosh was born in 1985. He has a sister named Angela and brothers Ben and Daniel.

David’s extended family on his father’s side hails from Jamaica.

He attended St Edmund Arrowsmith High School in Ashton-in-Makerfield, Wigan, where he was a keen athlete. The heavily-inked hunk got his first tattoo at 15.

David competed at high levels in a number of different sports. However, he’d always dreamed of fighting for his country.

At the age of 16, David left school to become a Royal Marines Commando. He served in countries including Iraq, Afghanistan, Northern Ireland and Somalia.

David landed a role on Sky One’s Gladiators reboot in 2008, when he was 22. He took the name of Tornado and appeared in 35 episodes of both Gladiators and Gladiators Unleashed.

Away from the showbiz scene, David McIntosh launched exercise company Next Generation Fitness with one of his brothers.

He toured schools and youth centres around the UK to train children and educate them about the importance of living healthy lifestyles.

Not wanting to give up on his military background, David continued to work as a security operative.

In 2011, he hit the headlines when it was revealed that he’d escaped from an African despot’s henchmen following a gun battle at sea.

David started dating Kelly Brook in January 2014. They met at a New Year’s Eve party she threw at her London home, which he’d been taken to by mutual friends.

The muscle man shocked fans when he proposed after a whirlwind three-month romance that March. They split a few months later.

He entered the Celebrity Big Brother house in 2014 but became the first person to be evicted after 10 days.

Kelly Brook's on/off man was snapped with her friends though 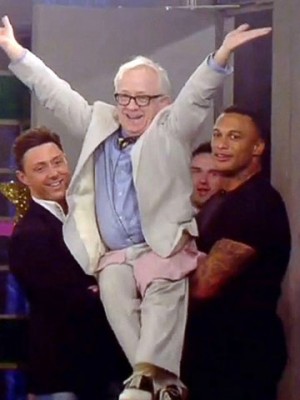 Kelly Brook’s relationships are just getting shorter and shorter

Poor David. There's more drama going on OUTSIDE the Celebrity Big Brother house between his fiancee Kelly Brook and his ex Chanelle Hayes 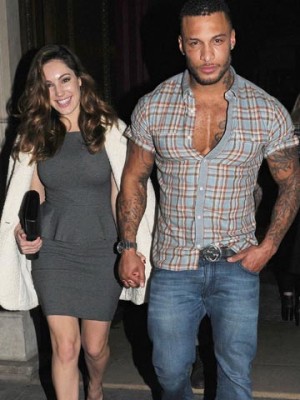 The hot model gets fans guessing

Model is looking forward to the weekend

Model gets cosy with her man in Instagram pics

WEDDING JOY! Former Gladiator David 'Tornado' McIntosh could be 'the one' for model Kelly Brook

The model is set to marry

As Kelly Brook’s love life hits the skids AGAIN, we suggest a few relationship rules for the future...

David McIntosh strips to his pants

Model and her man play dress up

Model has fun night out