Before finding fame as a performer, Kara Tointon was born to Carol and Ken in Basildon, Essex. She has a younger sister named Hannah who is also an actress.

Kara was raised in Leigh-on-Sea, where she attended St Michael’s School. She later enrolled at St Hilda’s School in Westcliffe-on-Sea.

After being diagnosed with dyslexia aged seven, Kara had drama and speech lessons at school.

She dated Busted singer James Bourne from the age of 15.

Her first professional acting experience came when she took on the role of Brigitta in The Sound Of Music at the Cliffs Pavilion.

Playing the part of Sonia Fowler’s school friend in EastEnders in 1994, Kara made her first TV appearance.

She also acted as student Pauline Young in the first series of Channel 4’s Teachers in 2001.

In 2004, Kara got her big break, returning to BBC’s EastEnders as a new character.

She played barmaid Dawn Swann for four years, before leaving the soap alongside co-star Ricky Groves on 27 August 2009.

In December 2008, Kara Tointon revealed that she was in a relationship with her former co-star Joe Swash, who starred as her on-screen brother Mickey Miller.

The couple appeared in the 2009/2010 pantomime of Snow White And The Seven Dwarfs in Bristol.

Following her success on Sport Relief’s special edition of Strictly Come Dancing  two years previously, Kara was a contestant on the eighth series of the show in 2010.

A month after their win, Kara announced that they were a couple. They ended things in 2014.

In May 2011, Kara Tointon played Eliza Doolittle in the West End production of Pygmalion and was cast as Evelyn in Alan Ayckbourn’s Absent Friends the next year.

She then played Ginny in Ayckbourn’s Relatively Speaking in the summer of 2013.

The Strictly Come Dancing romances are well documented and have broken up many relationships over the course of eleven years. While it seems natural – celebrities getting close, hot and sweaty with a professional sportsperson – maybe it’s not as innocent as we once thought… Well Kara Tointon has suggested…

We love it when two celebrities we heart end up getting together – so we’re feeling a bit soppy this Sunday morning. Former Strictly Come Dancing winner Kara Tointon is dating the nicest man in TV – former This Morning presenter Matt Johnson. The Sunday Mirror reports that the ex…

Check out the drastic change from actor to character

Ooh! Strictly 2010 partners Kara Tointon and Artem Chigvintsev have kept in touch since their split 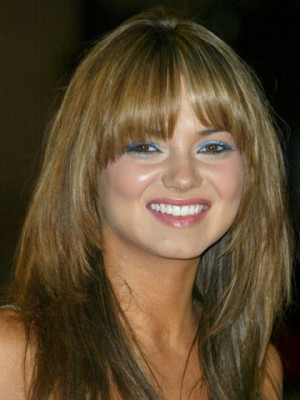 See how Kara Tointon's hair has changed over the years...

The pair are snapped at London's Chiltern Firehouse 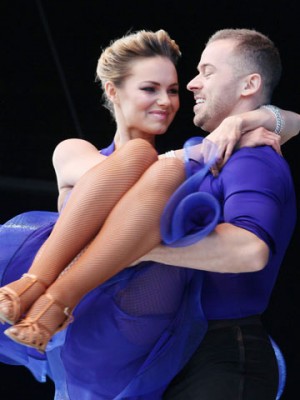 See how the actress and dancer's relationship has evolved

Artem will appear on the US version of the show

The couple's romance has reportedly fizzled out

The pair have been together for three years and are SO cute. So get to it, Artem!

Couple have been together for three years

Artem wants to watch telly with his girl

The actress is comfortable in her relationship

Artem is a devoted partner but he hasn't entirely lived up to Kara's expectations...

Actress Kara Tointon could be joining the show