Before becoming a reality TV star, Lauren Pope was born in Torquay.

She attended Torquay Girls’ Grammar School and later moved to London to focus on her career.

Lauren started glamour modelling in the early noughties, while trying to build her name as a DJ, and featured in various magazines including Nuts, Zoo, FHM, Loaded and MixMag.

She also made regular appearances on Page 3.

Lauren was linked to Prince Harry in 2004. The pair swapped numbers and he asked to meet up but Lauren declined the offer as she didn’t have time to get ready.

In 2007, she began DJing professionally and gained a large UK and international following. Nuts later titled her The World’s Sexiest DJ.

The star appeared on the ITV reality series Tycoon. Despite coming in fourth place, she continued to work with Peter Jones on expanding her business.

Lauren Pope made her first appearance in the ITV2 structured reality programme The Only Way Is Essex in 2010.

The glamorous star hooked up with castmate Kirk Norcross on the show.

In summer 2011, Lauren and Kirk had his and hers nose jobs. The day after revealing the outcome of their surgery, the couple sadly announced that they had ended their relationship.

The following year, Lauren had to undergo surgery again – this time to get her PIP breast implants removed. She showed her recovery on TOWIE.

In March 2014, Lauren launched her own fashion collection In The Style By Lauren Pope. That June, she released her first dance album The Only Way Is Marbs: Marbella Anthems.

You love her, we love her. Yup, everyone loves her… It’s the lovely Lauren Pope! When she’s not busy being the Queen of TOWIE, the full-time babe is running her luxe hair extensions company Hair Rehab London. READ MORE CELEBRITY NEWS Thankfully, Lauren managed to take some time out of…

With more ups-and-downs than flipping rollercoaster, it is currently being alleged that TOWIE‘s Jon Clark and his estranged romance with Love Island’s Chloe Crowhurst is back on. Yup… a slight plot twist right there. According to reports, Jon has cooled things down with his current romantic interest and fellow TOWIE…

There’s seems to be a whole lot of heartbreak in Essex right now as ANOTHER couple from the TOWIE cast have ‘split’. Yep, hot on the heels of Megan McKenna and Pete Wicks’ break-up it’s been reported that Lauren Pope and Jon Clark have called it quits after dating on…

TOWIE is known for it’s dramatic story lines – and this series is no different as we’ve seen more crying, arguing and ‘OMG’s’ than ever. But while we’re all LOVING the Essex dramz, there’s one man who’s not very happy – and that’s Jon Clark who’s now slammed ITV bosses…

Our Girl star Mich is the latest to change her look since moving to the home of TOWIE… MICHELLE KEEGAN, 30 When she first sprang to fame on the Corrie cobbles, Michelle Keegan was known for her girl-next-door looks. But since tying the knot with Essex boy Mark Wright and…

We’ve been witnessing Lauren Pope and Jon Clark‘s blossoming romance unfold on this series of TOWIE. But now the Essex lady has revealed to us EXCLUSIVELY at Now exactly what is going on between the couple. READ MORE CELEB NEWS READ: ‘What a view!’ Jeff Brazier sends fans wild as…

After reportedly hooking up in sunny Marbella, it looks like it wasn’t just a holiday romance for TOWIE stars Jon Clark and Lauren Pope as the pair seem to have confirmed their romance back in Blighty. The hot new couple got tongues wagging when they were spotted kissing by the…

Love Island star Chloe Crowhurst has brutally hit out at her TOWIE ex Jon Clark for reportedly striking up a romance with Lauren Pope. The former Islander – who dated Jon before she entered the villa and then again briefly after she’d left – is convinced that Jon’s new rumoured…

The TOWIE cast are soaking up the sun whilst filming in Marbella right now and it sounds like the weather isn’t the only thing hotting up – there’s a sizzling new romance brewing up too! Yep, love has reportedly started to blossom between none other than Lauren Pope and Jon…

How does it feel to be back  on TOWIE, Lauren? Well, I only did one day  of filming and then I’ve  had three months off!  It was really good fun – we don’t properly start filming until August. There’s me,  Chloe [Sims] and Gemma [Collins] who are all the same age  and…

TOWIE star Lauren Pope has revealed that she’s had her breast implants REMOVED after secretly having surgery last week. The former glamour model opted to have her E cups taken out as she feared she was looking ‘trashy’ and wants to be taken more seriously as a businesswoman. READ MORE…

Hands up if you’re missing TOWIE? Yup, us too. Hopefully we shouldn’t have too much longer to wait until the Essex drama starts up again, but in the mean time we’re happy speculating over the make-ups and break-ups of the stars off screen. And if there’s one man who has…

TOWIE‘s Dan Edgar has been causing all kinds of dramz with the ladies of Essex recently. After splitting with long-term GF, Kate Wright and then enjoying a rather short-lived fling with new girl, Amber Turner (who was living with boyfriend of four years, Jamie Reed at the time)- he’s definitely…

Amber Turner has made quite a stir in the one series she’s been a part of the TOWIE crowd. From girl squabbles, to the major storyline of her leaving boyfriend of four years Jamie Reed after a tryst with Dan Edgar, the drama surrounding Megan McKenna’s best friend has been…

Hands up if you’re just obsessed with old-school TOWIE? Don’t get us wrong, this series has more Essex dramz than we’ve seen in aaages and that’s just from Pete Wicks and Megan McKenna… But there’s something weirdly nostalgic about watching Amy Childs attempt to vagazzle best pal, Sam Faiers while…

Ever wondered how TOWIE star Lauren Pope gets her insane body? We quizzed her to find out… Lauren, you’re in great shape! What’s your one killer workout move? I tend to stick to moves that work my abs, legs and bum because they’re the bits I like to keep in shape the…

When you’re a famous person in the fledgling stages of romance, it must be difficult enough to keep the fire burning without shocking rumours emerging. In that case, spare a thought for Aaron Chalmers and Lauren Pope – after confirming their romance at the end of 2016, they’ve already been…

When a celebrity embarks on a new relationship, it’s understandable that they’d be quite protective over it, from the views and opinions of the public. This is especially true if one of the outside commenters on the new romance is your ex-lover. It seems as if Aaron Chalmers is not too impressed with…

For many, it’s an interesting thing to see an ex move on with someone new. And it’s quite another to see an ex move on while going through a break-up of your own. For Marnie Simpson, this should be all too familiar, as her former Geordie Shore fling partner Aaron Chalmers has been dating…

Former The Only Way Is Essex lady, Lauren Pope has revealed she was terrified to leave her house after a stalker made her life hell. The TV star has opened up about her scary ordeal after claiming the police refused to help her, telling The Sun: ‘I’m basically being stalked.…

For reality stars who flee the nest of the respective TV shows that helped catapult them to fame, there’s always a big question of what comes next. Will they end up returning? Will they miss the drama of living their life on screen? And will they stay in touch with…

That awks moment when you turn up to an event and you’re wearing the same outfit as someone else, we’ve all been there – cringe! But it seems the TOWIE girls didn’t get the memo when they were all snapped wearing the same white swimsuit from high street fave New…

Gemma Collins has had many Celebrity Big Brother viewers fuming with her behaviour in the house and even some of her TOWIE co-stars have taken against her. Lauren Pope – who appeared in The Only Way Is Essex with Gemma – is one of those to slate the 34-year-old for…

We LOVE knowing what the celebs are doing at Christmas…after all, it is the most wonderful time of the year! NOW caught up with TOWIE star Lauren Pope to find out what she was up this festive season, and she even revealed who she’d like to snog under the mistletoe.…

She announced she was leaving TOWIE last month due to clashes between her filming schedule and business ventures, but now Lauren Pope has spoken out about why she’s really leaving the ITVBe show. The 33-year-old, who’s been on the show since it began in 2010, told the Daily Mail: ‘I…

It looks as though we weren’t alone when we struggled our way into Monday morning earlier today – Lauren Pope was finding it just as difficult too! But, whereas we woke up with mascara smudges under our eyes and a rather stonking hangover (hey, we’re allowed a bottle of wine… 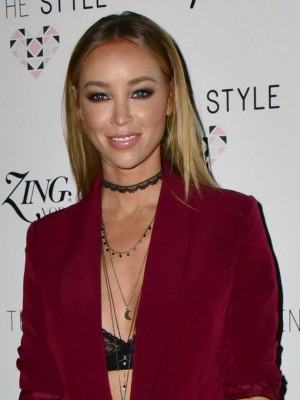 She’s one of the last remaining original cast members, but now Lauren Pope is set to leave The Only Way Is Essex at the end of this series. Nooo! MORE: TOWIE drama! Lydia Bright breaks down in tears as James ‘Arg’ Argent is left out in the cold… Popey –…

New York Fashion Week has well and truly kicked off. And it’s not just the likes of Kim Kardashian, Kanye West and Kylie Jenner making the most of it. Joining the A-list of America is none other than two of TOWIE’s most fashionable favourites Jake Hall and Lauren Pope. Side…