Tom Daley was born in Plymouth to mum Debbie and dad Robert in 1994. He has two younger brothers called William and Ben.

At the age of 7 Tom started diving. He proved to be very talented and soon started picking up certificates.

By 2004 he’d become the youngest ever under-18 champion at the national championships.

Tom Daley first competed internationally in 2007 and in the same year won the BBC Young Sports Personality Of The Year award, which he went on to win a further two times.

The following year Tom headed to the Beijing 2008 Olympics, making him Britain’s youngest Olympian for 48 years.

Aged just 15, he became the country’s first individual world diving champion and the youngest British world champion in any sport.

Despite injuring his triceps in 2010, Tom still managed to win two gold medals at the Commonwealth Games.

Tom’s father sadly passed away in May 2011 following a five-year battle with cancer.

In 2012 the diver achieved a childhood dream by competing in the London Olympics. Tom was disappointed to come 4th in the synchronised event but managed to earn a bronze medal in the individual platform dive.

After the Olympics Tom Daley remained a prominent media figure. He released a book and expressed an interest in TV presenting.

He soon landed a role on 2013 ITV reality show Splash! where he mentored celebrities as they learned to dive.

Tom achieved straight As in his A-Levels in August 2013 before going travelling with best pal Sophie Lee. Their journey was filmed for ITV2 documentary Tom Daley Goes Global.

The diving star hit the headlines in December 2013 when he announced that he was in a relationship with a man.

In 2014, he won a gold medal at the Commonwealth Games and became the UK face of the Adidas Neo clothing range.

For most couples Valentine’s Day tends to consist of some naff, glitter-dusted roses and a box of chocolates from the local petrol station. But this was NOT the case for Tom Daley and his husband Dustin Lance Black. Instead, these two dreamboats celebrated 14 February 2018 by announcing to the world that…

Tom Daley is known for his amazing diving skills and for that absolutely killer bod. And the Olympian looks happier than ever as he shared some seriously loved up pics of his honeymoon with hubby Dustin Lance Black. READ MORE CELEB NEWS READ: Awww! Spencer Matthews and Vogue Williams get…

Tom Daley‘s not only a success on the diving board, but a winner in the world of romance – as he and screenwriter love Dustin Lance Black tied the knot over the weekend. The pair, who have been together since 2013, married in a luxury hotel in Devon’s Dartmoor National Park on…

There may be reports that Tom Daley is set to marry his fiancé Dustin Lance Black this weekend, but it looks like the Olympic diver has been taken ill just days before the big day. On Thursday evening the 22-year-old sent his fans into a panic when he revealed he’s…

We’ve all heard of the concept of suffering for your art – but for Tom Daley, this may come at a serious cost to his future diving hopes. The Olympian has revealed that years of intense training has resulted in some serious injuries in the discs in his his back, and…

Tom Daley is the consummate gentleman of the sporting world. The British Olympic diving star is always unfailingly polite whenever we speak to him, greeting us with the sunniest of smiles. He’s also very easy on the eye, with a six-pack to make our eyes water – but more on that…

As the world becomes more and more engrossed in the Rio Olympics, the nation rejoiced on Monday (8th August) when Tom Daley and Daniel Goodfellow secured bronze medals in their diving event. However, there were bound to be a few people even prouder than most – their loved ones. Tom’s…

Tom Daley has got some very exciting plans lined up after coming through a heartbreaking secret battle. The diving star is preparing for the Rio 2016 Olympics AND is hoping to become a dad in the near future, which is all a far cry from the crippling bout of Obsessive…

Tom Daley has made a shocking revelation about his abilities in the swimming pool – he can’t swim! The Olympic medallist revealed that while he may be a diving champ, he struggles to swim the length of a pool. Eek! Speaking in a video for Volvic Touch Of Fruit on…

And the Academy Award for Best Burn of the Night goes to… Dustin Lance Black, for calling out Sam Smith on texting his fiancé Tom Daley. Uh oh. It seems like the screenwriter took issue with Sam Smith (sort of) saying he was the first ever openly gay man to…

Diving champ Tom Daley has shared a series of videos on his YouTube channel in which he shares simple tips for making your day a healthier one – and they involve him taking his top off a LOT. One video in which Tom prescribes starting the day with a glass of lemon water…

Diver, Olympic legend and all round good-guy Tom Daley has made us crack a big smile this morning as he has announced he’s engaged to 41-year-old partner Dustin Lance Black. The Olympic diver, 21, took inspiration from Benedict Cumberbatch and subtly announced the exciting news by registering it in The…

The diver is VERY comfortable with stripping off 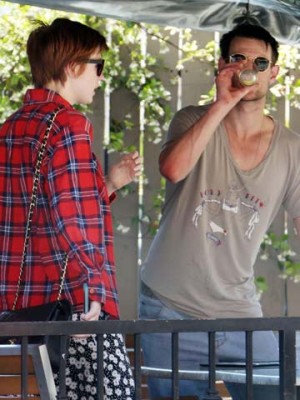 Diver has received lots of interest since coming out

Even if you're sick of cold weather, these sexy men competing at the Sochi Winter Olympics 2014 will warm you up!

Diver Tom Daley's romance could be his ticket to Stateside fame

In this world of acceptance Tom Daley's 'coming out' to the world is still very important and will inspire and ultimately save lives!

Sportsman has a laugh with fans

We heart his new hue - but it's not permanent

Gorgeous Tom's been sunning himself in Spain

Tom Daley has many skills but even if singing isn't his strong point, One Direction and The Wanted still want him

Tom is busy with his own diving