Tulisa Contostavlos was born in London to Irish mum Anne Byrne and Greek Cypriot dad Plato Contostavlos in 1988. Both parents had musical backgrounds.

The singer had a difficult time growing up. Her parents separated when she was 10 and she cared for her mum, who suffered from bipolar disorder and schizophrenia.

Tulisa claims she was already smoking weed, drinking alcohol and having sex by the time she was 14.

From an early age Tulisa wanted to perform. She formed a band with her cousin Dino ‘Dappy’ Contostavlos and his friend Richard Rawson, now known as Fazer.

N-Dubz found fame in 2006 with their first single Better Not Waste My Time. They won the Best UK Newcomer gong at the 2007 MOBO Awards and went on to release their debut album Uncle B.

The success continued for Tulisa Contostavlos and her group. They topped the charts with Tinchy Stryder after featuring on his hit single Number 1 and scooped several more awards, as well as bringing out a book and starring in a 4Music documentary series.

In 2011, the band took a hiatus. Tulisa signed up as a judge on The X Factor and went on to win the show with her act Little Mix.

She returned to the panel the following year but was replaced by Sharon Osbourne in 2013.

In 2012, Tulisa Contostavlos released her debut solo material. First single Young reached No 1 in the UK Singles Chart but her album The Female Boss didn’t fare so well.

The London-born star has been involved in several controversies since finding fame. A sex tape of her performing oral sex on former boyfriend Justin Edwards was leaked online in 2012.

Tulisa hit the headlines again in June 2013 when she was arrested on suspicion of supplying class A drugs. She denied the charge and the trial collapsed in July 2014 when the judge accused prosecution witness Mahzer Mahmood of lying when giving evidence.

She was found guilty of attacking fashion blogger Vas Morgan in August 2014 and was fined by the court. Tulisa denied the assault and said she would appeal against the verdict.

Tulisa was in a relationship with N-Dubz bandmate Fazer for nearly two years from 2010-2012. She has also dated former Skins actor Jack O’Connell and footballer Danny Simpson.

She made have been out of the headlines a bit recently, but Tulisa Contostavlos certainly caught everyone’s attention at the recent Specsavers Awards in a stunning, barely-there gown. The former N-Dubz star showed off her incredible figure in a sleek black halter-neck dress. And it was definitely a more risque choice,…

Not long after she shocked fans looking ‘unrecognisable’ on Instagram, Tulisa Contostavlos has silenced critics with her elegant new look at Monday night’s Syco Summer Party. LA-based Tulisa returned to London for Simon Cowell’s annual bash, and was snapped looking gorgeous in pastel blue open arriving at the Victoria &…

It’s been a while since we’ve heard from Tulisa Contostavlos but her latest Instagram snap has caused quite a commotion. The singer posted a photo where she’s seen relaxing in a recording studio on Tuesday and, whilst many fans are excited about her making a comeback, plenty were distracted by…

Tulisa Contostavlos has just kicked off her comeback by dropping her new single – and you might just recognise it. The 28-year-old singer is back after a difficult few years with a remake of classic 90s dance hit Sweet Like Chocolate and has released a teaser clip ahead of the…

Tulisa has made no secret of her fondness for experimenting with different looks – be it with a new hair colour, new makeup techniques or with the occasional cosmetic procedure. However, a recent Instagram photo has divided some fans – as many have agreed that she’s looking so much different…

Tulisa Contostavlos has been charged with drink driving and dangerous driving following a crash involving her swanky Ferrari. The N Dubz singer was arrested in September last year after crashing the £199,000 sports car into another vehicle outside Southgate tube station in north London, and was breathalysed at the scene. MORE: Sugababes’ Heidi Range’s dad found guilty…

It’s not been an easy time for Tulisa of late. Two weeks ago, she was arrested for crashing her Ferrari into another vehicle outside a tube station, then held in police custody for almost 22 hours. Her arrest came after she appeared to be bouncing back from a nightmare year,…

Tulisa Contostavlos has vowed to clear her name after being arrested on suspicion of drink driving. She was arrested on Friday (September 11) after crashing her Ferrari into another car outside Southgate tube station in north London, and and was breathalysed at the scene. After failing the breath test, she was taken into police…

Mel B is said to be axed from the X Factor, and there's talk of everyone from Kim Kardashian to Zayn Malik to replace her

Check out which celebs have ‘fixed’ their teeth – and who has kept their natural gnashers, including Cheryl

After spending time getting to know each other in Barbados, could there be more to Tulisa and The Script star's friendship?

Tulisa's face has dramatically changed recently. Now, she has finally opened up about her cosmetic procedures

After non-stop talk of Tulisa Contostavlos changing face, the singer admits to having regular non-surgical treatments to help breakdown her fillers

Tulisa Contostavlos might have The X Factor but Cara Delevingne has her ex!

Tulisa looks so much prettier as her trout pout disappears

After coming close to ending it all, Tulisa Contostavlos is fighting back

Watching Tulisa Contostavlos breakdown on the phone to her mum Anne was heart-wrenching... 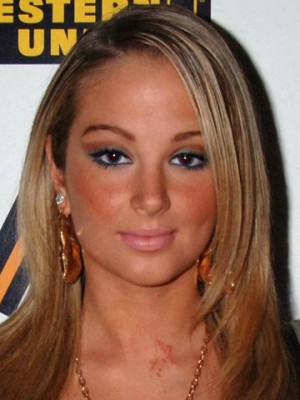 See how the singer has changed over the years...

One Direction fans aren't happy that Tulisa hung out with Niall 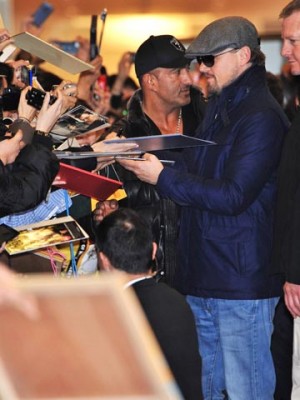 I just want to rub a soapy flannel over Tulisa's face!